Despite their scary appearance and reputation, earwigs are not directly harmful to humans. In fact, they are often beneficial, acting as scavengers of decaying matter and predators of insect larvae, slug eggs, aphids, and other garden pests.

Adult earwigs are about 1.5 to 2.0 cm (.59 to .79 inches) long and have antennae about half as long. The male has a large, curved pair of antennae, while the female has smaller, nearly straight ones. The earwig uses these during courtship and as a defence against attackers. Earwigs have a long, flat body with a tough, shiny, reddish-brown hard outer shell and prominent pincers (or forceps) at the end of their bodies. 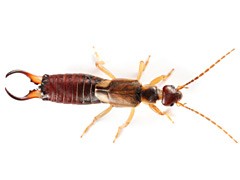 While decaying organic matter forms the largest part of their diet, earwigs also feed on the tender shoots, leaves, and blossoms of flowering plants and vegetables. Earwigs, being also carnivorous, are predators of insect larvae, slug eggs, aphids, and other garden pests. They sometimes even eat each other.

During the day, earwigs like to hide in cool, dark, moist places: under stones, in garden rubbish, tubular legs of garden furniture, wooden fences, hollow aluminum doors, and other cracks and crevices. Earwigs begin searching for food at dusk. In search of food and shelter, they crawl over the ground, climb houses, fences and trees, and may begin to wander into homes in June or July. Although they are accidental invaders, it is annoying to find these insects among food and clothes and occasionally between bed covers.

How can I get rid of earwigs?

The best time to begin control measures is early spring, during dry, warm weather, when the earwigs are young. In populated areas, control works best when carried out on a neighbourhood or community basis.

Remember that even if earwigs are present, they are not always to blame for plant damage. Try a night tour of the garden with a flashlight to see if other nocturnal insects or slugs are present.

Take advantage of the earwigs’ habit of hiding in small, dark places by setting up simple traps in areas where they commonly go for shelter. You can use:

For best results, the traps described above must be checked regularly and the trapped earwigs dropped into a pail of soapy water.

Traps that attract and kill earwigs can also be placed near foundations and other strategic places in the yard:

When the earwigs in your home are a persistent problem, treatment with an insecticide is an option to consider, although the earwigs will eventually die out on their own. Remember, a more effective and long-term solution is to find and treat the outdoor source of the infestation.

If physical control methods are not enough, many products registered in Canada to control earwigs can be bought at garden centres or hardware stores. Keep in mind the most important target areas for treatments:

Most garden insecticides are only effective when the insect comes into direct contact with them. Large infestations may develop tolerances to a particular chemical being used.

Keep children and pets away from baits. Do not use baits in your home. Be very careful with chemical sprays and dusts.

Some provinces and municipalities have placed more restrictions on the use of certain approved lawn and garden pesticides (those used outdoors, not indoors). Please check with your city, province, or local lawn care centre for more information. 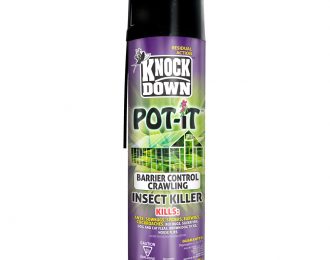 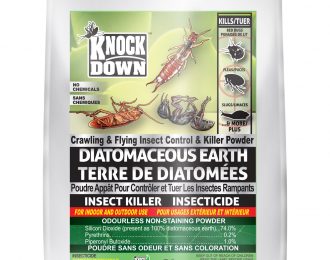 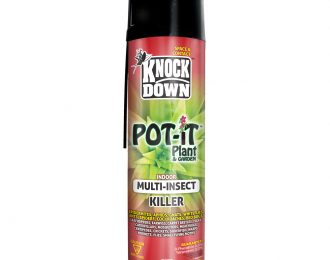 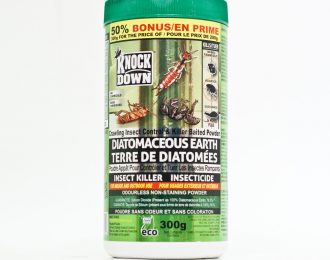 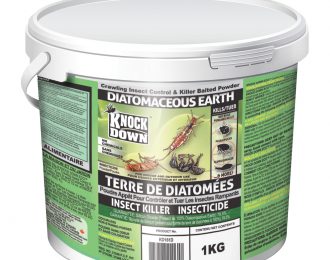 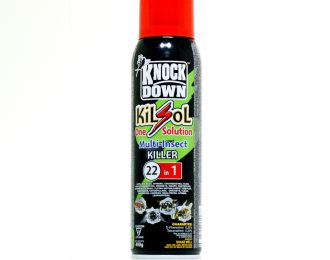 KD150D – KNOCK DOWN – IN & AROUND THE HOUSE INSECT KILLER PUMP SPRAY